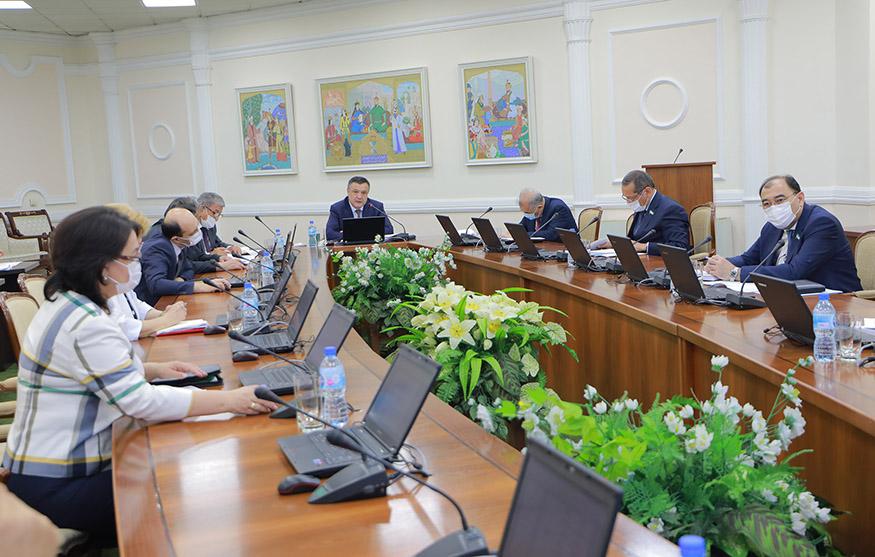 In the context of the ongoing coronavirus pandemic worldwide, the President of Uzbekistan adopted a number of important decrees and resolutions aimed at maintaining social stability in the country. Among the priority tasks, they identified such important issues as providing comprehensive assistance to the population, supporting families in need in such a difficult situation, providing various benefits and preferences to business entities.

Special working groups have been formed from the deputies of the Legislative Chamber, the purpose of which is to study the progress at places in fulfilling the tasks raised in the decrees and resolutions of the head of the state, how rationally the benefits provided to entrepreneurs are used, the effectiveness of the work carried out in a pandemic to provide qualitative medical care to the population, and reduce poverty, providing employment, conducting in-depth analysis together with khokims and heads of sectors and solving problems concerning the population.

On June 15-25 this year, members of the working group visited Samarkand region to study the actual situation in the region, the status of work carried out in the sector to increase the level and quality of life of the population, reduce poverty, solve problems that concern entrepreneurs, held meetings and conversations with the population, farmers and entrepreneurs.

The results of the study were analyzed during the meeting of the Council of the Legislative Chamber of the Oliy Majlis held on June 26, 2020. The meeting, which took place via videoconference, was attended by the khokim of Samarkand region Erkinjon Turdimov, sector leaders, chairmen of the commissions of Samarkand regional council of people’s deputies, representatives of responsible agencies.

The Speaker of the Legislative Chamber of the Oliy Majlis, Nurdinjon Ismoilov, spoke about the large-scale reforms being implemented in the country aimed at mitigating the effects of the pandemic, noted that the President’s anti-crisis measures program will stimulate the formation of a new standard of the state’s social responsibility. In the current difficult conditions, providing the necessary assistance to vulnerable segments of the population, supporting entrepreneurship, providing close assistance in the effective resolution of emerging problems is a crucial task entrusted to the Parliament. The Speaker emphasized that deputies need to study the problems and concerns of the local population more deeply and actively participate in their resolution.

Deputy Speaker of the Legislative Chamber, the head of the working group, Ulugbek Inoyatov, gave detailed information on the results of an analytical study of the general situation in the region, problematic issues requiring urgent solutions.

As noted, the activities in Samarkand region for preventing the spread of coronavirus infection, mitigating the impact of the pandemic on the economy of the region, fulfilling the most important tasks in agriculture, production and services are under special control.

There are 1,096 makhalla citizens’ assemblies in the region, 3 million 878 thousand people, more than 904 thousand families, 47703 of them are in poverty.

In order to remove families from poverty, work is underway to provide families with a stable source of income by ensuring their employment in a certain direction, organizing large-scale work in this direction based on the medical and geographical features of the territories, the constant social protection of disabled citizens, modern and proper assignment of social benefits.

Within the framework of the nationwide movement “Sakhovat va ko’mak”, special accounts were opened in commercial banks, which received a total of 11 billion 362 million UZS. Branches of “Sakhovat va ko’mak” Foundation organized in 16 cities and districts of the region supply 13 types of food products to needy families. 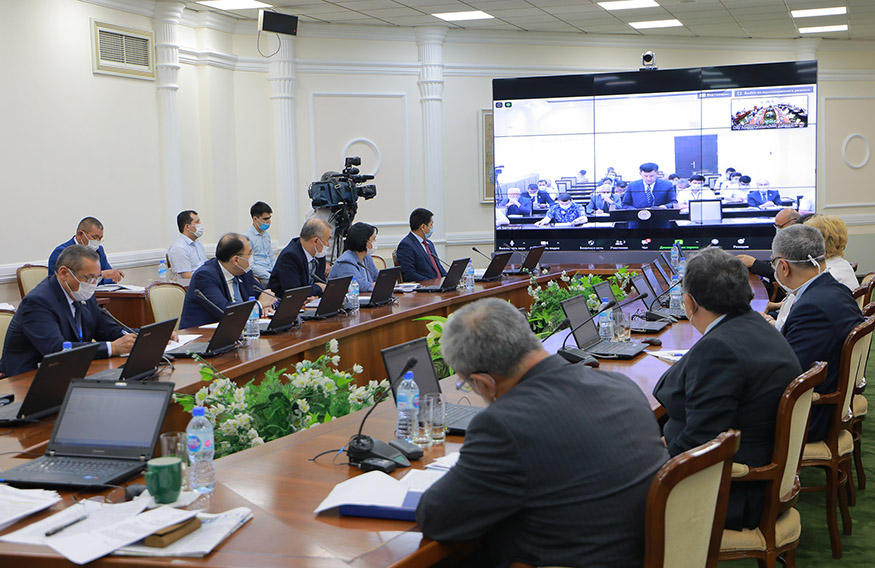 The working group of the parliament, along with the positive results achieved in the region, also revealed the presence of a number of problems and shortcomings, the assumption of excessive red tape in resolving some issues, and the irrational use of the opportunities provided. At the initiative of deputies, a number of problematic issues were resolved jointly with the heads of sectors and responsible organizations. Issues, the solution of which should be given special attention, were indicated.

Participants of the meeting also focused on how efficiently business entities enjoy the benefits and preferences provided during the pandemic and how their problems are resolved.

It was emphasized that regional banks allow cases of unreasonable delays in providing loans to the population and business entities, incomplete provision of financial services and untimely support of investment projects.

A number of problems and shortcomings in poverty reduction and employment were also indicated. In some districts, lists of families in need of social protection who find themselves in a difficult situation under quarantine are still not formed and the level of appropriate assistance to them remains low.

In some districts of Samarkand region, cases of non-provision of subsidies from the State Employment Promotion Fund on the basis of tripartite agreements have also been identified. As a result of passivity and inappropriate work of responsible persons, the construction of greenhouses, the purchase of irrigation equipment, seeds and seedlings are delayed.

At the meeting, special attention was also paid to issues of improving the quality and efficiency of the provision of medical services during the pandemic. Shortcomings made in this direction are subject to sharp criticism. Thus, additional allowances determined by law have not been paid to medical workers of the Agency for Sanitary and Epidemiological Welfare and its territorial branches. Cases of late payment of additional payments to medical workers involved in the treatment of patients with coronavirus infection have also been identified.

Thanks to the practical assistance of the working group of the Parliament, many problems and shortcomings were resolved on the spot.

At the meeting, proposals and recommendations were made to improve the efficiency of work in a pandemic, strengthen the responsibility of sectors and other responsible organizations and quickly solve problems.

Members of the working group were given relevant recommendations on development of proposals for amending legislative acts, sending parliamentary and deputy requests to relevant ministries and agencies on the problematic issues of the national level identified in the region and conducting Government Hours.

A corresponding resolution of the Council of the Legislative Chamber was adopted based on the results of the discussion of the study conducted in Samarkand region.